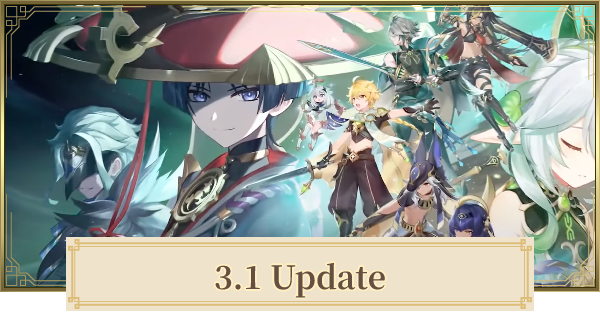 Genshin Impact will be holding their 2nd anniversary celebration on September 28, 2022. This game will give out free prizes, as well as concerts.

Along with this celebration, Genshin Impact will also roll out an update or update to version 3.1.

Update 3.1 Genshin Impact will allow players to explore the desert region of Sumeru and introduce several new characters such as Cyno and Candace.

Citing IGN, Tuesday (27/9/2022), there are several gifts that are distributed by HoYoverse in order to celebrate the second anniversary of Genshin Impact in 2022.

In addition, Genshin Impact will also hold a Path of Gleaming Jade daily login event, where players have the opportunity to get daily login prizes on October 14 at 04.00 to October 31 at 03.59.

To participate, players must have Adventure Rank 5 or above. They also need to be logged in for seven days during this event period, if they want to get all the rewards. The prizes are:

Furthermore, Genshin Impact also held a concert to celebrate their second anniversary on October 2 at 12.00 (UTC+8).

Quoting Eurogamer, the next Genshin Impact update is planned for November 2, 2022 for version 3.2 and December 7, 2022 for update version 3.3

Previously, it was confirmed that Genshin Impact would be adapted into an anime. This information was announced directly by HoYoverse through a live streaming broadcast.

As part of this plan, as quoted from IGN, Sunday (18/9/2022), HoYoverse has announced a collaboration with animation studio Ufotable, which is a Japanese studio that is working on the Demon Slayer: Kimetsu no Yaiba anime.

However, there is no information on when this anime project will be released. But in its announcement, HoYoverse called this collaboration a long-term project.

Along with this announcement, HoYoverse also revealed a concept trailer for this anime later. Although it’s still a concept, this trailer already presents an interesting look plus it also shows popular locations in this game.

This announcement seems to answer the wishes of Genshin Impact game fans. Please note, many fans have requested that this game be adapted into an anime.

Armed with slick visuals and stories offered, the anime adaptation has become one of the things that fans have been waiting for. Therefore, rumors about the adaptation of Genshin Impact in the anime were widely discussed.

On the other hand, mobile app market research firm Sensor Tower reports that the best-selling mobile game worldwide for August 2022 is Honor of Kings.

The Tencent mobile game earned around USD 222 million in revenue from player spending.

“About 94 percent of Honor of Kings revenue comes from China, followed by 2.3 percent from Taiwan and 1.8 percent from Thailand,” Sensor Tower said in its report, quoted Monday (19/9/2022).

Around 60.7 percent of PUBG Mobile’s revenue comes from China, where the game has been localized as Game For Peace, followed by 8.8 percent from the United States.

Completing the top five positions, the next best-selling mobile game was Genshin Impact from miHoYo, followed by Candy Crush Saga from King and Fate/Grand Order from Sony Aniplex.

According to Sensor Tower estimates, the global mobile game market generated approximately USD 6.6 billion in revenue from player spending on the App Store and Google Play in August 2022.

That value decreased 12.4 percent on an annual basis compared to the previous year period.

“The number one market for global revenue in August 2022 is the United States, which generates USD 1.9 billion, or about 28 percent of total player spending worldwide,” said Sensor Tower.